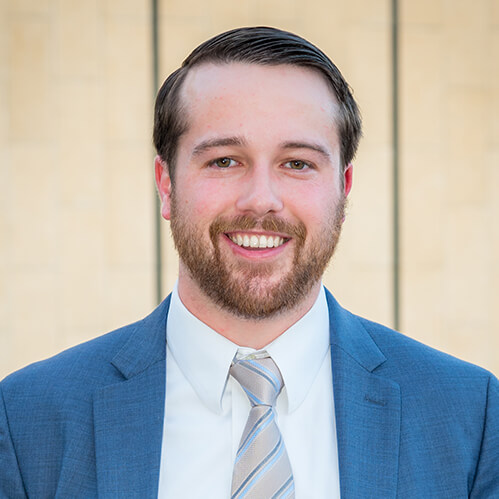 Prior to joining Housing California, Chris worked as Executive Director for Friends of the Shawnee National Forest in Southern Illinois advocating for public lands and sustainability. Christopher has worked in the State Capitols of Illinois and Michigan, and the U.S. Capitol in Washington D.C. While in D.C., Chris worked for then-Rep. Tammy Duckworth to secure funding for homeless veteran care for various non-governmental organizations in Illinois and around the country. After working for the Congresswoman, Chris started with JDRF Advocacy as a Grassroots Coordinator to advocate for federal Type 1 diabetes research funding and support for programs assisting those affected by the disease, with which he lives. While in this position he supported and managed volunteers along the west coast including California. Christopher now serves on the Board for the JDRF Northern California Inland Chapter as their Advocacy Team Chair (ATC).

Christopher has led many bills and budget requests since joining Housing California. He led on bills to create a supportive housing program for Medi-Cal beneficiaries (AB 74, Chiu 2017), prohibit discrimination against housing voucher holders (SB 329, Mitchell 2019), as well as the Homeless Youth Act of 2018 (SB 918, Wiener 2018). Chris also has led advocacy for investment out of the budget to address homelessness including historic investments like the ones in 2019 and 2020 of nearly $1 billion and the first of its kind on-going investment of $1 billion created in the 2021-22 budget. He also sat on the Executive Steering Committee at the Board of State and Community Corrections (BSCC) for the Adult Reentry Program, which appropriated $50 million in funds to community-based organizations (CBOs) to support formerly incarcerated Californians in transitioning back to community.

Christopher received a B.A. in both Political Science and Criminal Justice from Michigan State University.